Two hours east of Los Angeles and San Diego, Greater Palm Springs flows like an oasis along the base of the San Jacinto and Santa Rosa Mountains. Ragged eight-thousand foot pyramids rise from the Valley floor and serve as a breathtaking backdrop to the city of Palm Springs. With its large gatherings of palms, date and citrus trees laden with ripened fruit, the City is more reminiscent of an ancient oasis in Mesopotamia than the United States.

Throughout the day, sunlight and moon-glow transforms shapes, textures and colors minute by minute lulling all into a relaxed semi-transcendental state. From the moment you arrive in Palm Springs it is obvious why so many people choose to own a home there.

Palm Springs History is Being Written by a New Generation

During the previous few decades Palm Springs was considered a haven mostly for retirees, but within the last five years the downtown has turned a new leaf, and a younger more creative and energetic crowd has moved in.  Fueled also in part by a generation of work weary techies seeking weekend and vacation getaways, the city is bustling with renewed vigor and the temperature on fun has been turned way up!

According to Palm Springs Life Magazine, not since the heyday of its Hollywood origins, when stars like Bob Hope, Frank Sinatra, Marilyn Monroe, and Elvis Presley roamed the streets, has there been such an explosion in local tourism, commercial, retail, and residential growth.

A new batch of entertainment industry types from Leonardo DiCaprio to Sia has once more made Palm Springs a favorite among fun and sun-seekers. They and high profile industry leaders like Larry Ellison, CEO Oracle (owner of the Indian Wells Tennis Garden) are investing into the Coachella Valley, and raising its profile in the national and international markets.

This in turn is spurring further investment and giving rise in the downtown corridor to many new shops, hotels, restaurants and housing development.  An open, freedom loving mix of people and cultures, including the LGBT communities, hipsters, young families, and retirees, are giving rise to an enriched quality of life for all.

Homes in various organic shapes and those with clean linear lines are dominating the Palm Springs Homes and interior designs. Many home buyers are renovating the 1950’s and 60’s mid-century modern homes, maintaining the integrity of the home structure, but adding in more efficient and energy saving materials and appliances, finding ways to cut costs with solar and water-saving devices.

People looking for the traditional desert homes—Mediterranean, Spanish and Mission styles will be glad to know that there are plenty of those both new and original to go around.

The growth and popularity of the Palm Springs housing market is making it difficult for home buyers. It may take more patience, time and a bigger budget than planned to get the home they are after.

Fewer people are moving so the inventory of homes is low by comparison to years past. Because of this it is more important than ever, to work with a real estate agent that is very knowledgeable about the area, housing market and where to ferret out the better deals. 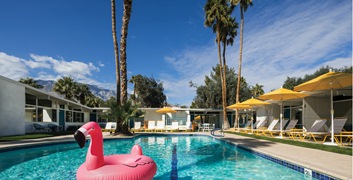 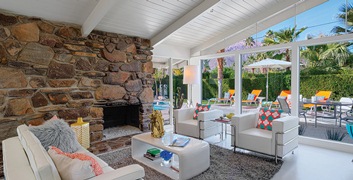 Palm Springs Events – Like No Other in the World

Palm Springs is the epicenter of some of the world’s most amazing and entertaining events. From Fall to late Spring, there is no better place to be. The sheer number of activities, events, concerts and shows can make your head spin. The most frustrating of all, is not being able to get to all of them.

With millions of people from every corner of the world make their way here to attend the most popular events. They plan their events a year in advance, so getting tickets to the best seats in the best events can take some planning.

Some of the most popular events in and around Palm Springs:

Provided by the California Desert Association of Realtors.

Thank you for contacting us, we'll get back to you shortly.

Sorry, we are unable to send your message at the moment. Please try again later.

Please provide your name and email

Thank you for contacting us, we'll get back to you shortly.

Sorry, we are unable to send your message at the moment. Please try again later.